TTCC were back this winter with our first power event of the year and the legendary Boxie builder Schalk from Schalk’s Conversions kindly hosted us on the 28th of June at his fine premises in Kempton Park.

Battling against the cold, we convoyed to the location of where some of the countries mental 2JZ Boxie conversions have been stabled. Schalk waited in anticipation as we drove in and filled up his parking lot with some of Jozi’s sweetest Toyotas. The weather and a very consistent and accurate dyno made for really comparable figures between participants. Learning how cars respond to different mods and upgrades surely had everyone going. Conversations sparked and warmed things up for everyone.

The Toyota 86 is becoming a religion among driving enthusiasts and it was proven yet again with them being the majority on the day. The first car on was an 86 too, and the results were . The 4 cylinder supercharged class is growing strong and it was great hearing those ‘ZE’ powered vehicles whining on the rollers. They also did good numbers considering the age of those engines and the basic state of tune. The X class really had stiff competition and considering that 8kW separated all the 2ZZ-GE’s, the winner Righardt took what we’d call a comfortable victory, notching up 3kW more than the 2nd placed car. The 20v class was equally well contended, with the top three within 2kW of each other… gripping stuff there! The 4 cyl Turbo class was taken hands-down by the Tokyo Terror…Heinrich’s RunX RSi Turbo punched out a heady 295kW and 418Nm. Some of the cars in the open class were really impressive too, with some of the turbo variants packing out some healthy numbers. Speaking of fun, some experimentation with Nitrous Oxide never disappoints. So out came a 40kg canister of laughing gas being sprayed directly into the intake of a Boxie. We watched figures sky-rocket instantly! That drew the crowd in like a moth to light. To impress the crowd further, our in-house turbo specialist Schalk brought out his car. 2 weeks ago, it crossed the 1km mark at 308km/h, and to remind everyone how that’s possible, he did over 700wkw and 1000nm with wheelspin! Now those are some monumental figures to pay homage to the legendary 2JZ-GTE if any.

We would like to thank everyone who attended for braving the conditions and participating in yet another great event with us. Also to Werners Grub for supplying the munchies and coffee, we are looking forward to those rib burgers at the next event. To Schalk and his team, we really enjoyed being a part of it with you guys, and thanks for being awesome hosts. 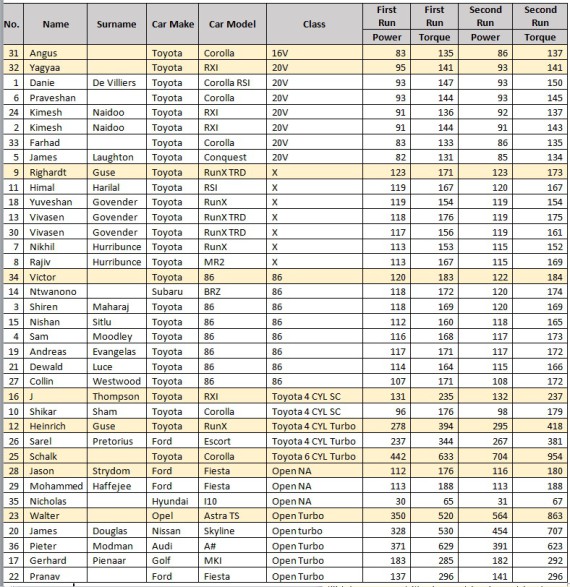 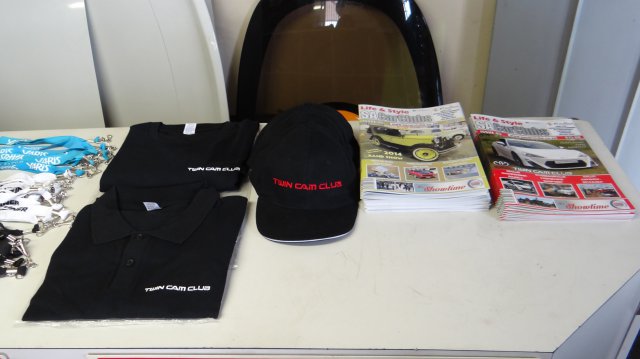 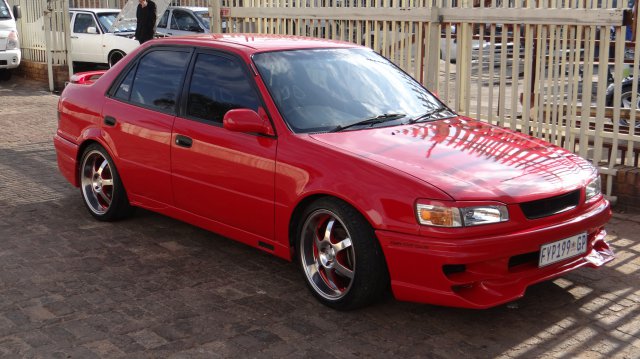 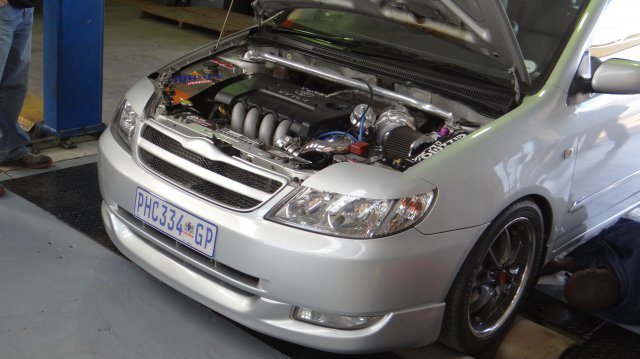 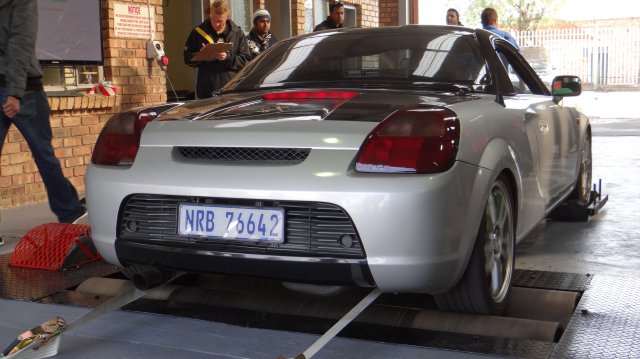 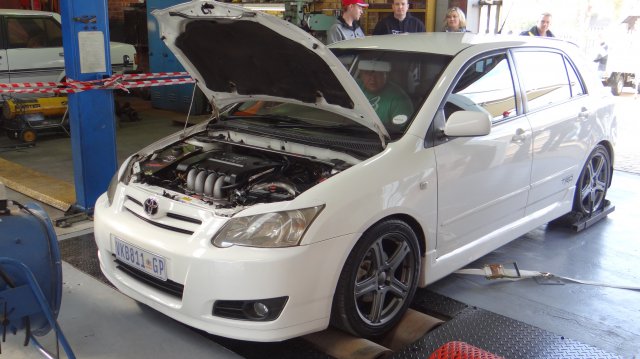 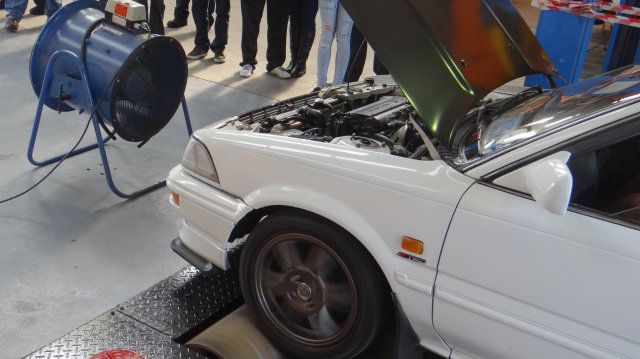 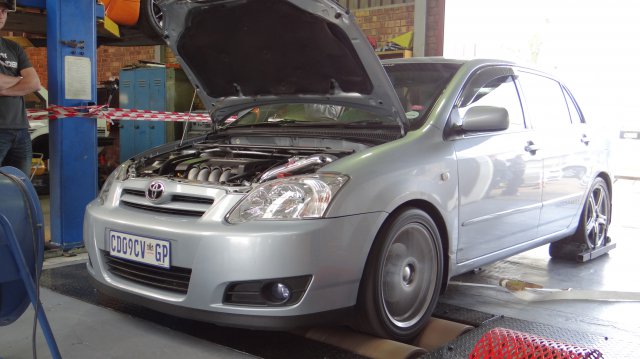 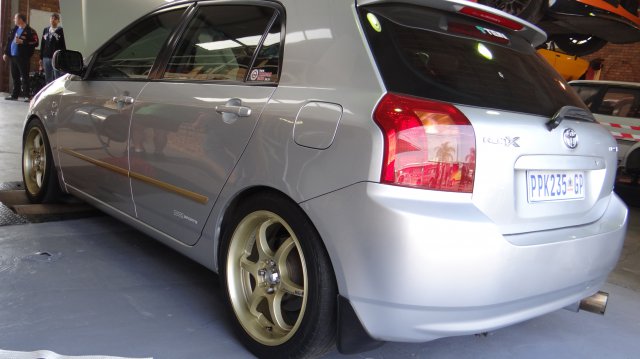 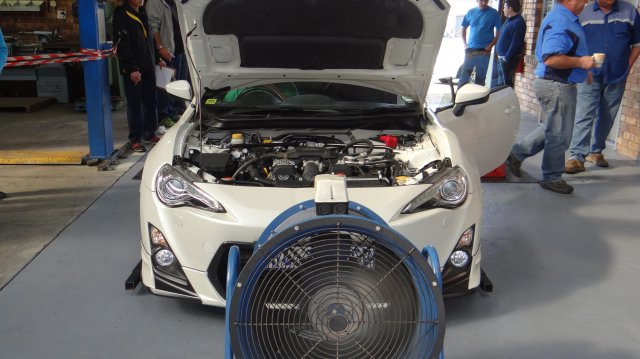 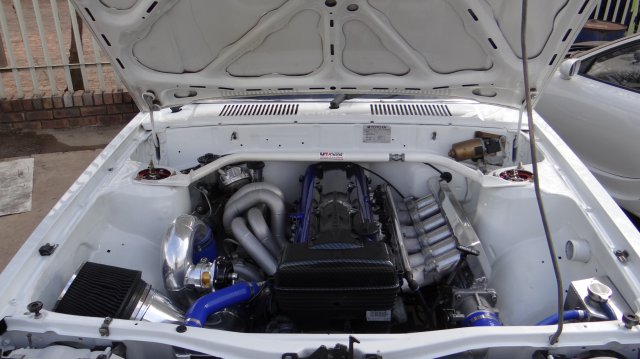 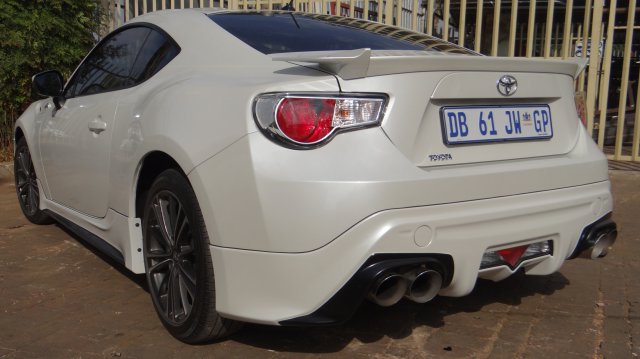 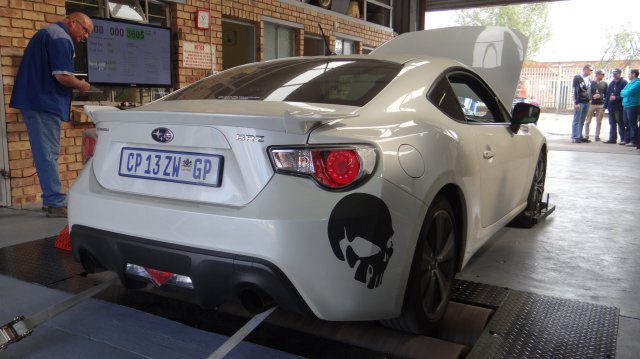 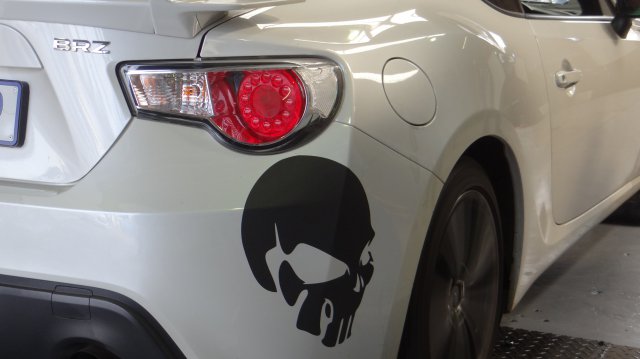 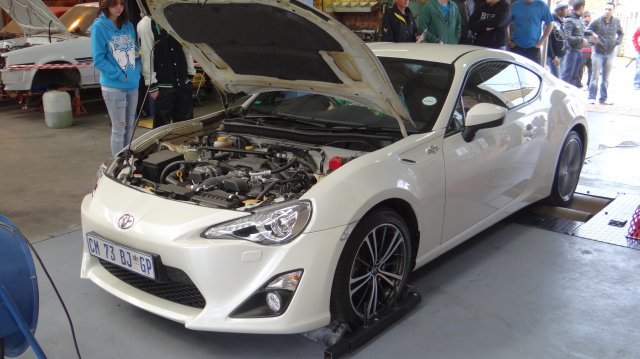 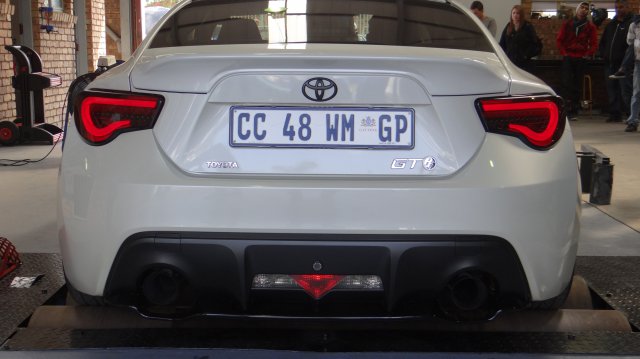 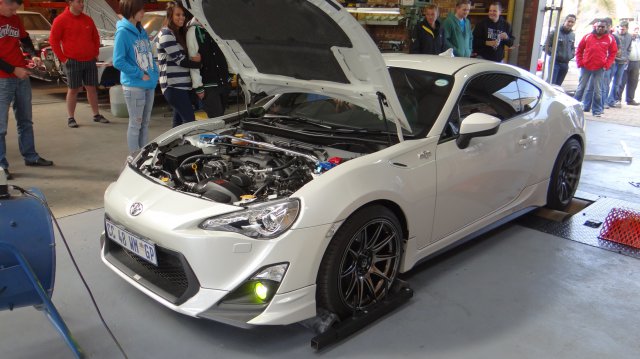 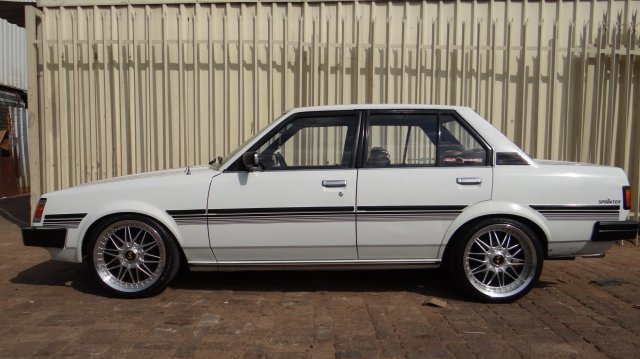 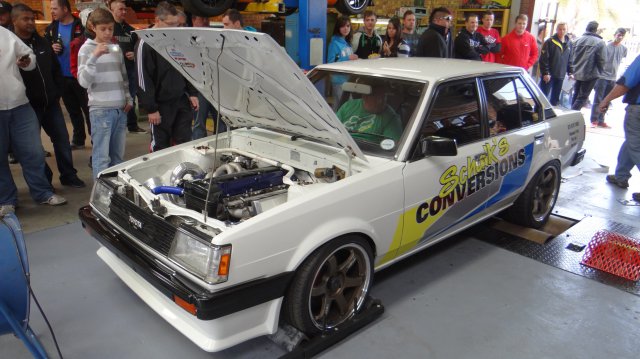 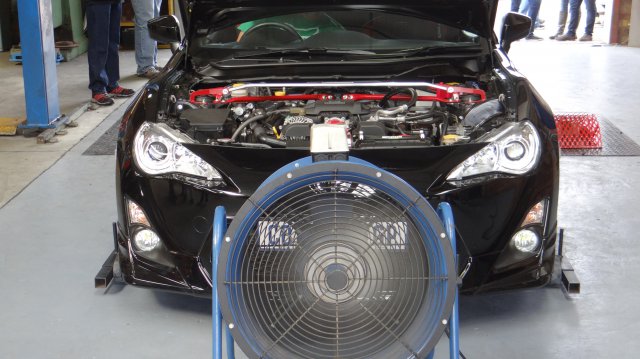 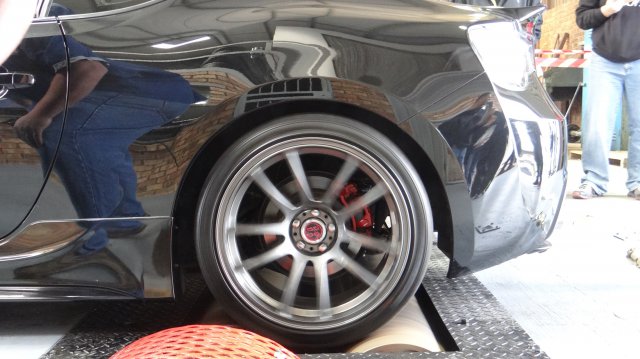 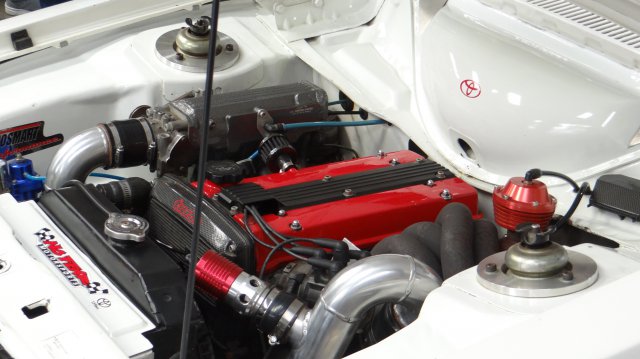 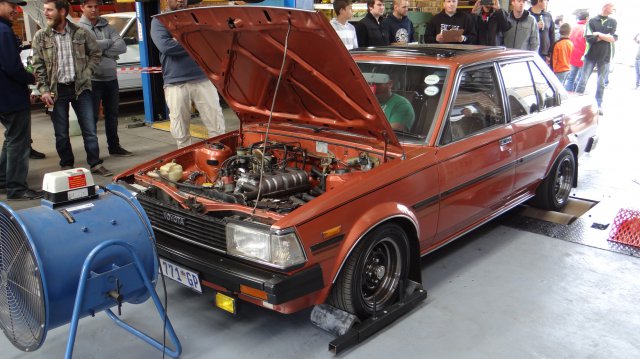 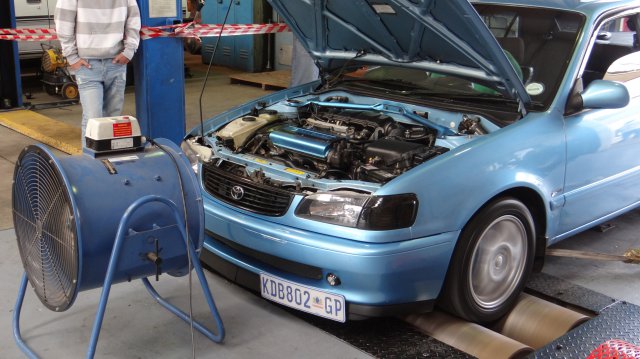 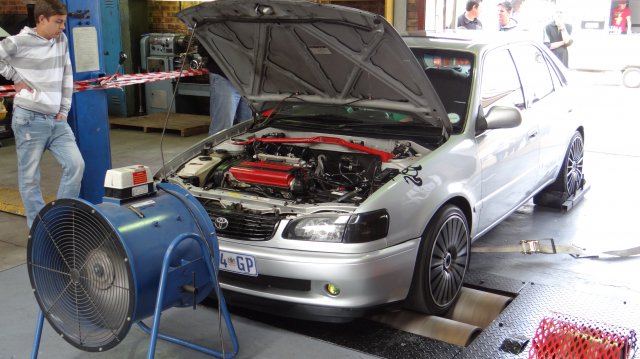 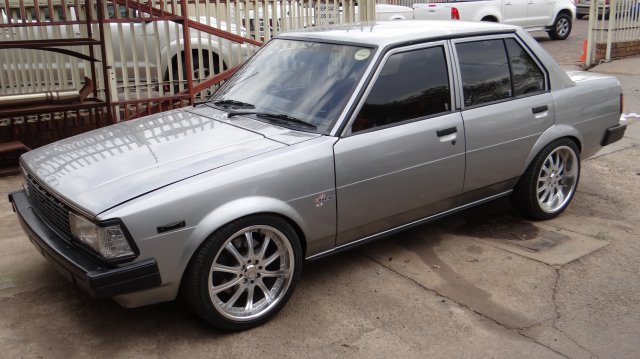 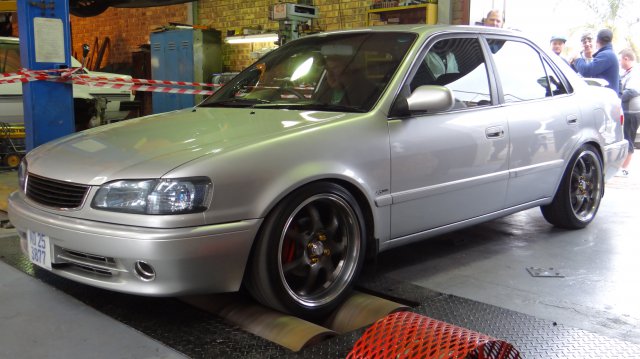 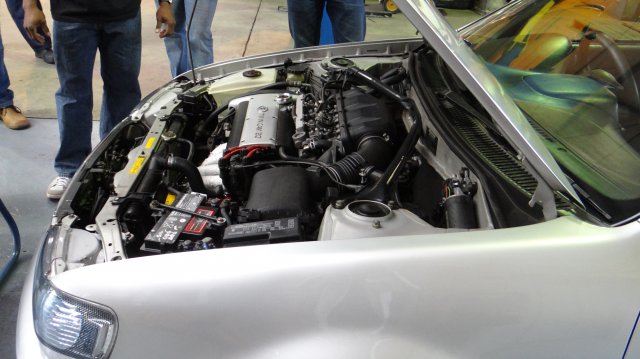 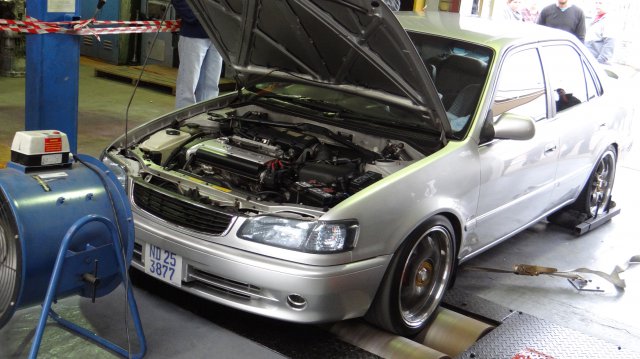 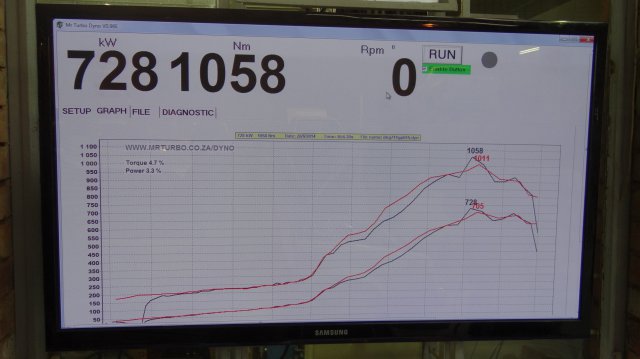 *More pics are being uploaded