While the TTCC is no stranger to Zwartkops Raceway, which we use our Advanced Driving Courses (Skid Pan and Full Circuit), this was the first time we’ve ever had a Dyno Day there. The sights and sounds of the Z provided the perfect backdrop for the Club’s first power event of 2012 which was held on the rollers at Adrenalin Motor Sport (AMS).

Possibly the largest event-convoy of the year so far, around 15 cars departed the meeting point at Maxi’s N1 North Midrand.  Once the event got underway, it was clear that two of the Toyota classes were becoming a heated affair…the 20v class saw 8 cars go for top honours, and 11 2ZZ-GE powered vehicles were gunning for the X class. In the 16v class, despite the absence of a large tunout by naturally aspirated Twin Cam 16v’s, the winner was decided by as close as 0.4kW and 1Nm! Surprisingly, in the Toyota Forced Induction classes,only three boosted 4-cylinder Toyota’s had a go…a Starlet, a Conquest, and an RXi…but they were all music for the ears! A Mk3 and Mk4 Supra both packing some serious grunt also graced our presence, with the latter chucking out a heady 315kW and 512Nm at the wheels, and that was at low boost!

The TTCC would like to congratulate the class winners, and thank all those that attended and participated. We look forward to seeing you at our next event! 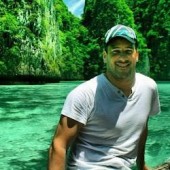